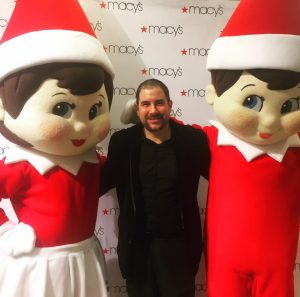 Based out of Southeastern Massachusetts, DJ Holtie has established himself as one of the best DJ’s in the area.  He is currently working at over 200 events a year and has been doing so for over 10 years.  He started DJ’ing in the Late 90’s, working clubs all over Boston, including residencies at The Black Rhino, Aqua, and Soho.  DJ Holtie later took the opportunity to DJ in South Padre Island Texas for Global Groove and Student City 2005-2009 doing over 30 events each year.  Holtie also worked with Rockstar Energy Drink and is still currently working with Monster Energy Drink, DJing colleges all over the Northeast.

DJ Holtie continued to DJ all over Boston, Cape Cod, Newport, and Providence, and still does to this day. He has held Residency’s at seaside spots like Forty1 North in Newport and the Atlantic Fish and Chop House in Edgartown on Martha’s Vineyard. He has also worked for the Museum of Fine Arts Boston’s First Friday’s, Collegefest’s House DJ for 4 years, doing shows with Wale, Sam Hunt, Blau3, KapSlap, Clinton Sparks and more. He also lived and worked in New York City(NYC) for a few years spinning at bars and clubs all over the city. While in NYC, he teamed up with the band Pushmethod doing shows in South By Southwest (SXSW), NYC Union Square Earthday, BeerFest at Nationals Park, Webster Hall, Brooklyn Bowl and many others. After living and working in NYC,  DJ Holtie returned to the Boston Area and has become a well known event DJ. He is the choice DJ for area colleges including Northeastern, Harvard, Tufts, MIT, Boston College and many more.

Holtie spins for charities such as Haymakers for Hope Boston and NYC, Hoodies of the Homeless NYC, Youk’s Kids, and many corporate clients. DJ Holtie has done shows with acts such as Flo-Rida, Mac Miller, Bon Jovi, LMFAO, Akon, House of Pain, Vanilla Ice, 112, Dru Hill, Doug E. Fresh, Mims, and countless others. He also produces remixes with New York Hitman on Crooklyn Clans website.  As a veteran DJ, there’s no event he can’t do.  He never stops working to be the best.

Looking for more than a great disc jockey? We’ve taken the guess work out of party planning with an extensive variety of party packages and party supplies.